1. Zurich Science City (also known as "Science Park of Zurich Federal Institute of technology") is located in the northwest of Zurich, covering an area of about 24 hectares. The science city is expanded from the old campus of the Federal Institute of technology in Zurich. Instead of simply expanding the community, it is a university park that seamlessly connects the functions of teaching, R & D, incubation, industry, service and urban life. To complete the transformation of the park from a single function to urban life.

2. The board of directors of Science City believes that the 21st century university science and technology city should look at the current and future ideas from a strategic perspective. It is necessary for the campus to become the interface between the school and society. Here, a large number of knowledge of business, economics, politics and other disciplines interact.

3. The core design concept of Science City is "from science city to city of science" - from science city to science city. The difference between the two is that the "Science City" more reflects the "industry university research" space; The city of science reflects that due to the existence of "industry, University and research", science and technology guides the economic development of the city, thus driving the transformation of the function and living atmosphere of the city.

4. In terms of function setting, the original teaching buildings of the old campus are retained (including physics, life sciences, architecture and civil engineering college buildings, etc.), some functional areas of urban life have been added, including mixed use residential areas, incubation bases, shopping centers, sports facilities, conference centers, other service facilities, etc. the opening of shopping centers and conference centers to the public can effectively improve the vitality of Science City; a highly mixed city The urban space provides the possibility of "24-hour and 24-hour use". The expanded Science City integrates the functions required by urban life, transforming the area into a mixed Science City.

5. In terms of spatial structure layout, the main north-south road and east-west core public axis (Kongres axis) divide the science city into four parts. Residential buildings are not completely "gathered" , in addition to the emphasis on life and living functions in the southwest, the living and service functions are also distributed in all other areas, with the intention of achieving a certain degree of mixed use, so as to ensure "24-hour use" in the whole science city.

6. In terms of the open space system, the planners have created a complete open space system for the Science City, which includes the central public axis, squares, gardens, courtyards, inner courtyards, etc. the central public axis determines the framework of the open space in the area, and the squares and gardens are spread on both sides of the axis. On the basis of ensuring the integrity of the public space structure, the boundary of the building is the heaviest It should be determined by the line of sight of the public space, which can not only diversify the buildings, but also blur the functional boundary to a certain extent. 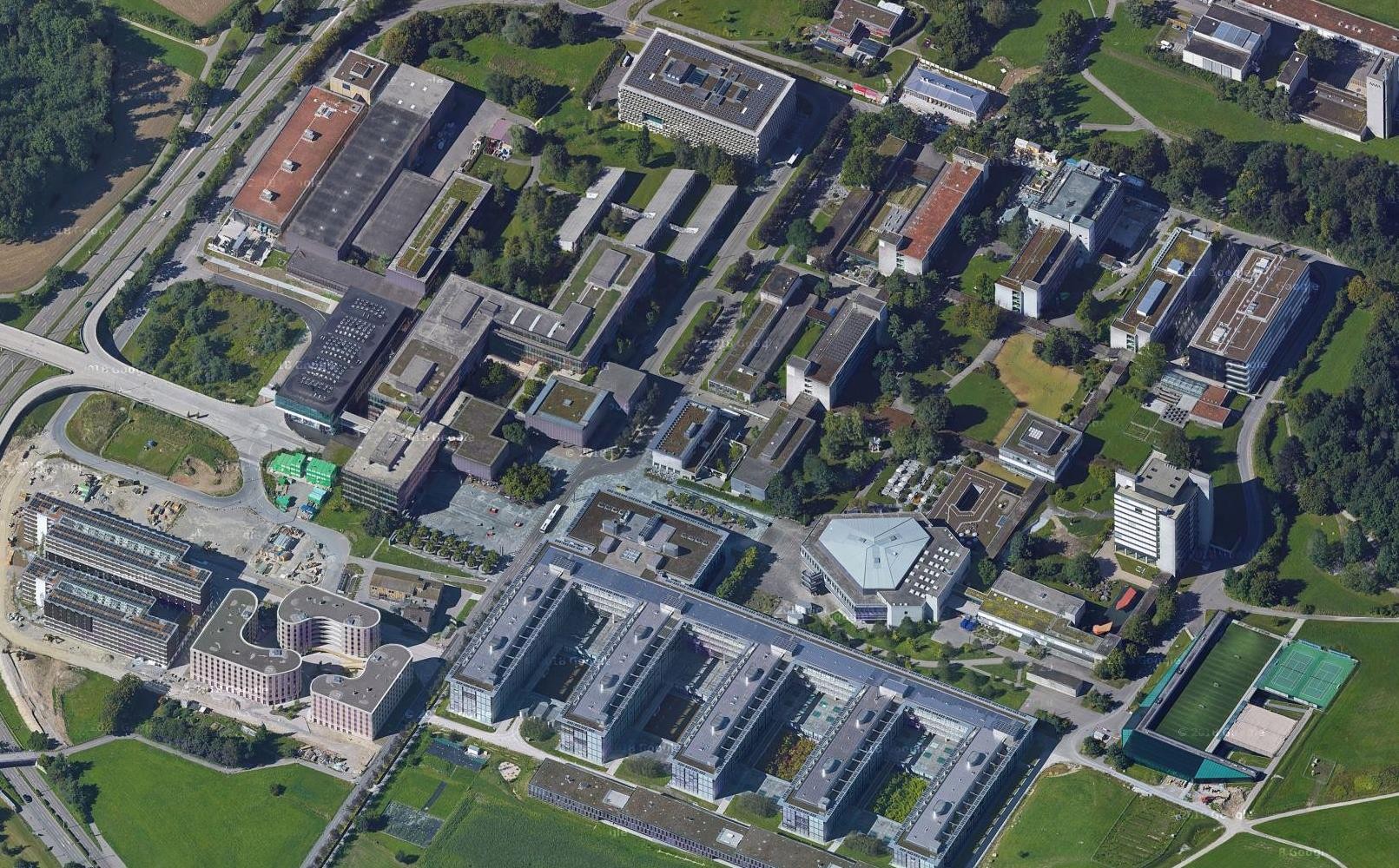 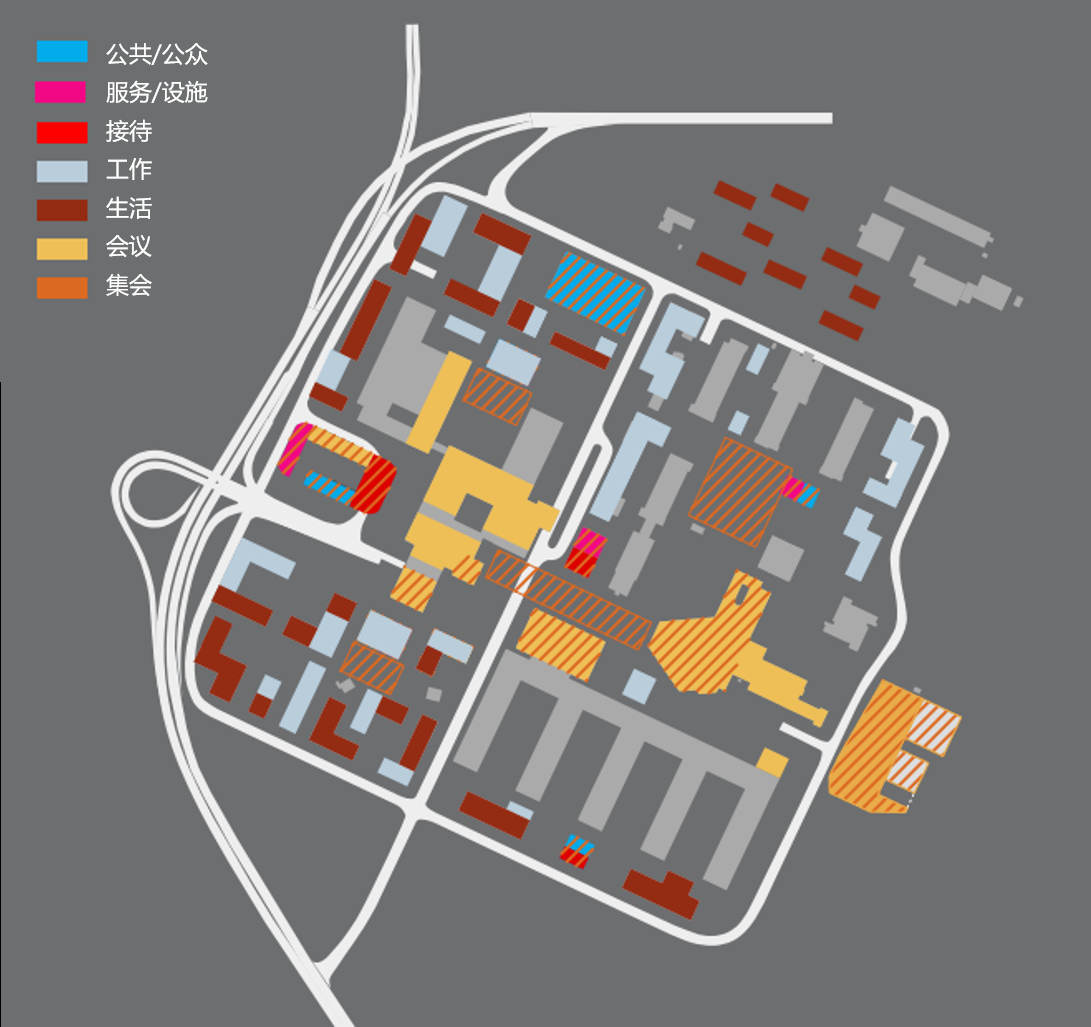 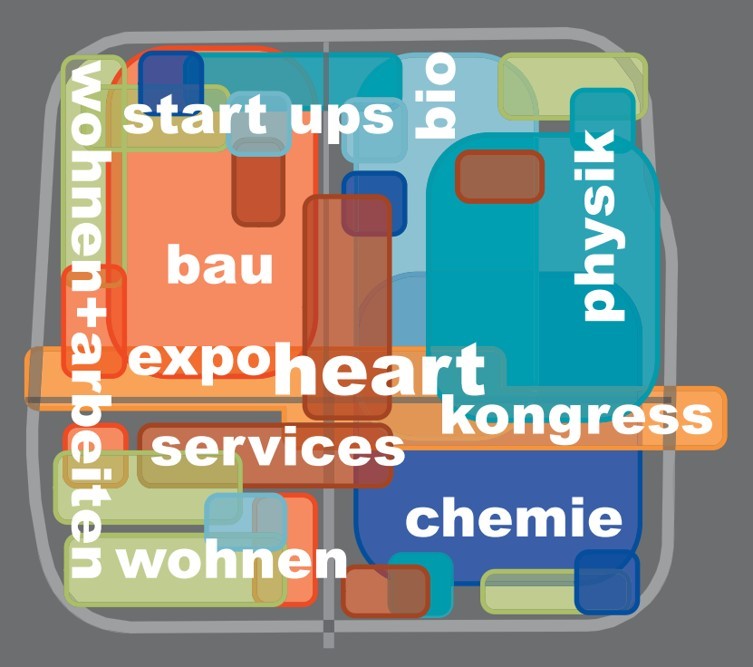 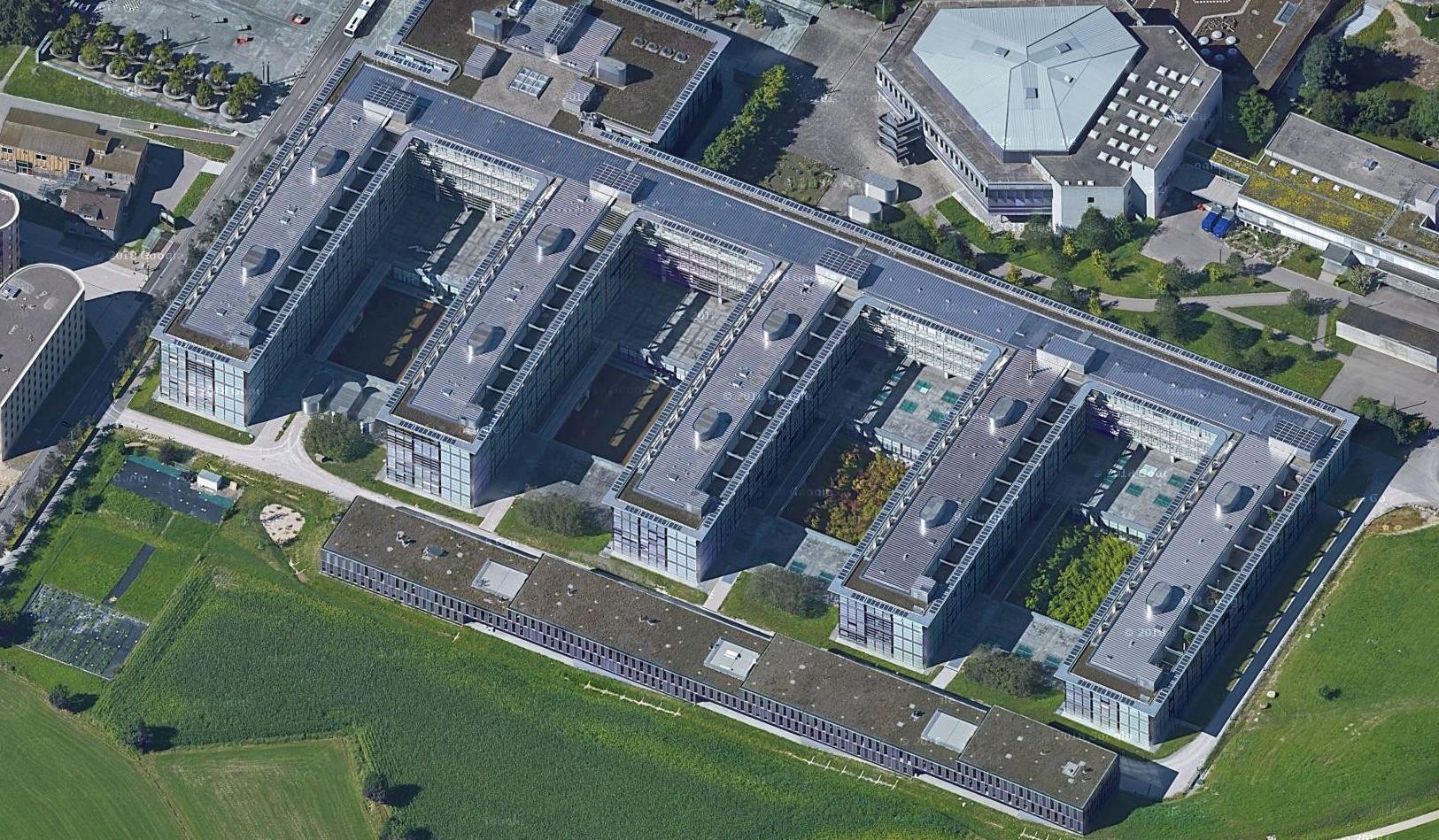 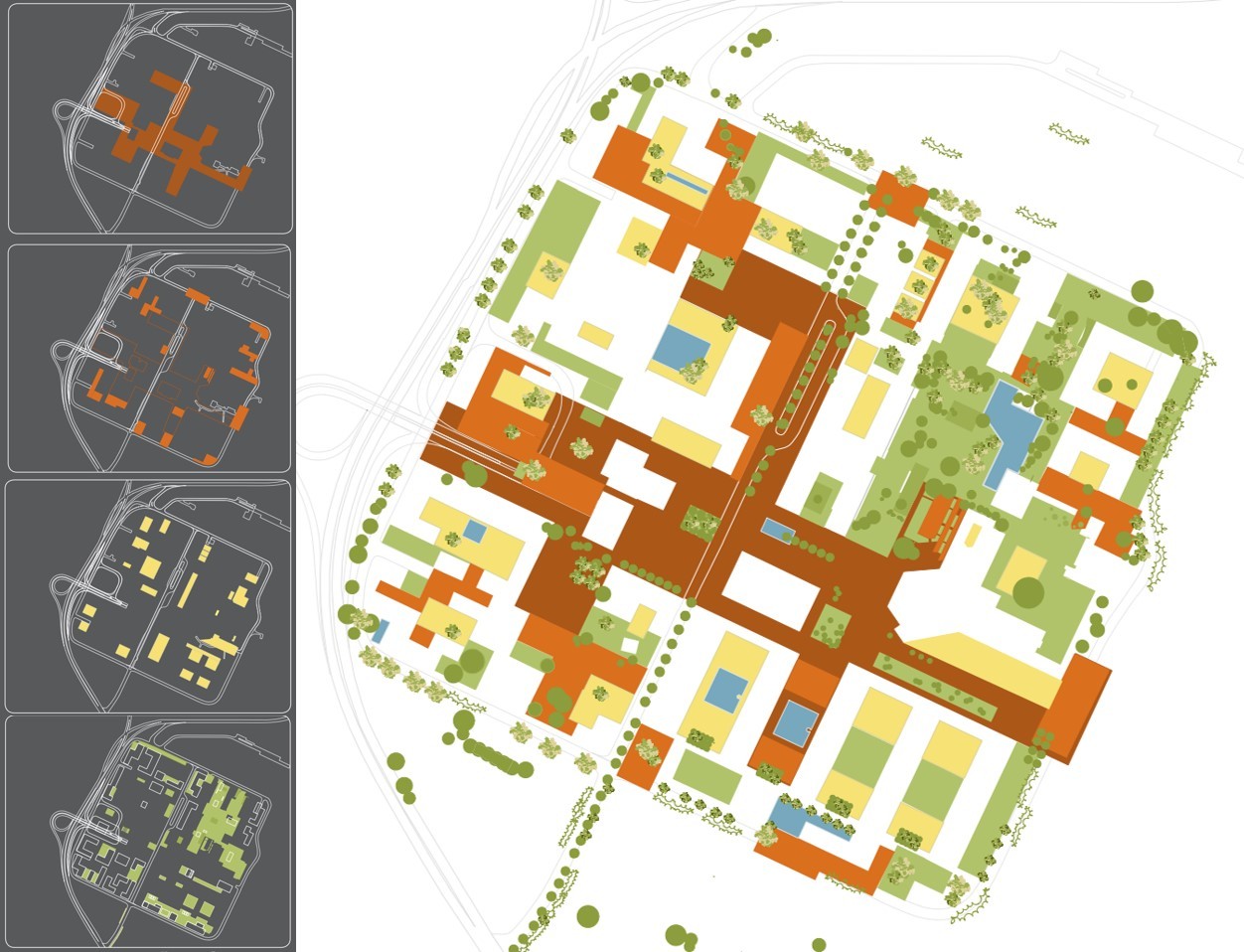 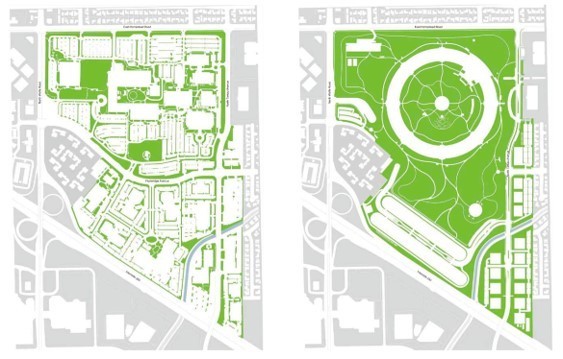